In-situ aspects of the New Nature Foundation’s programs are run by more than 25 Ugandan staff and interns and 10 Vietnamese staff who grew up in the villages around the rain forest they are now working to protect.

NNF’s board and advisors have more than 100 years of combined experience in the area. Board members include primatologists, biologists, Africa specialists, lawyers, doctors and professional conservationists. 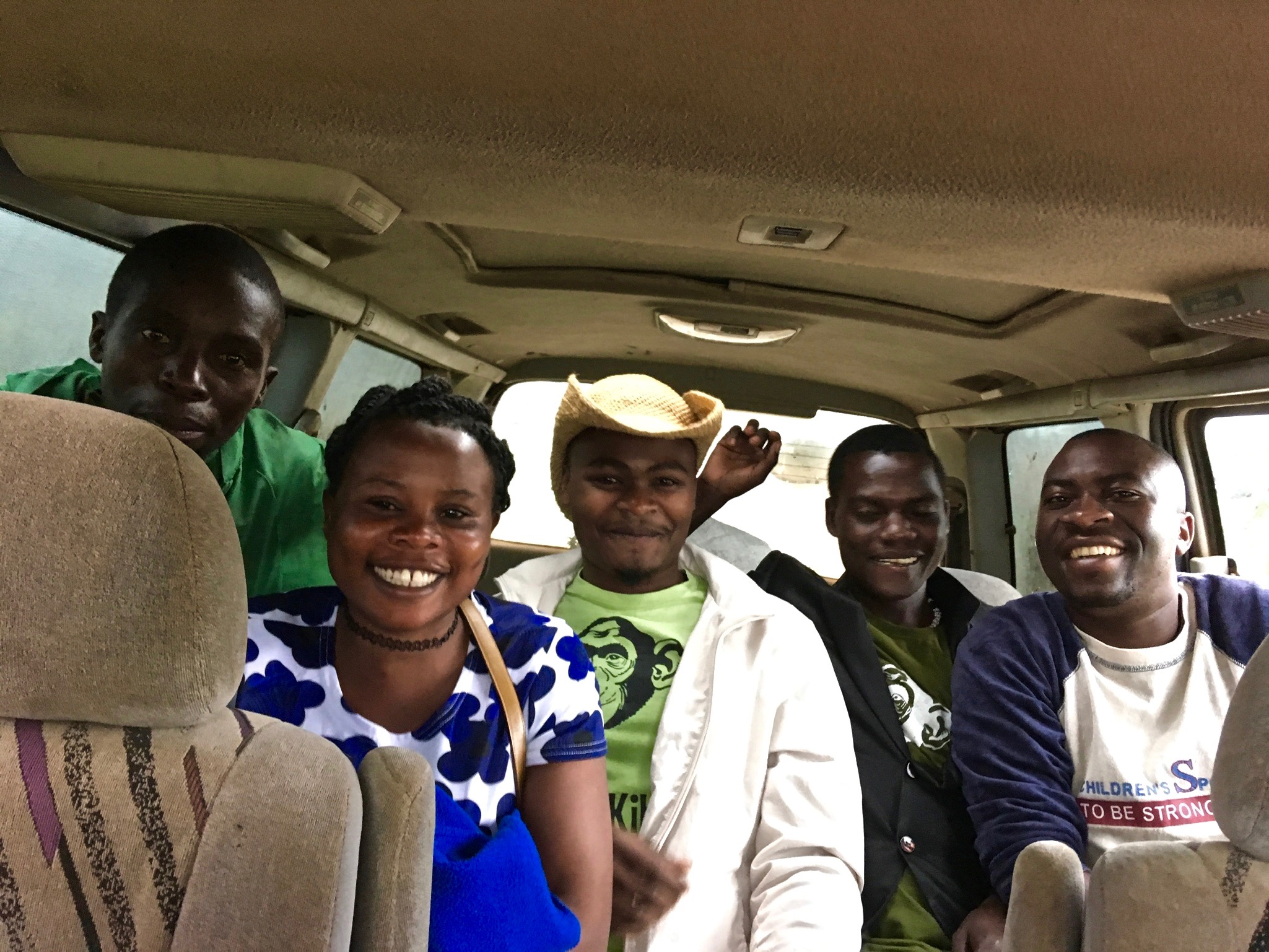 Margaret Kemigisa, Project Manager, grew up in Kanyawara, on the border of Kibale National Park, and has worked toward its conservation for nearly twenty years.  She was the first woman to work as a research assistant in the area, and is certified as both a primary school teacher and headmistress.  Margaret is the founder of the Community Action Project, a CBO whose activities include handcraft making, training & marketing; music, dance & drama; animal husbandry & sustainable agriculture; environmental conservation, and; HIV/AIDS and human rights education.  In 2011, Margaret received the Pakasa Award from the New Vision, Uganda’s leading newspaper. In 2016, she was elected as the first-ever female Mayor of Kiko Parish.

Murungi Samuel, Science Center Manager, grew up in Kyanyawara and first toured Kibale with NNF’s founders in 2000. He has been involved with the current project since its early beginnings.

John Kabuleta, Science Center Supervisor & Community Liaison Lead, manages two of the four science centers and is the lead trainer for stove building in all areas.

Luu Tuong Bach, Vietnam Program Manager, began partnering with Denver Zoo more than 10 years ago and has supported NNF’s work in the area since 2014.

Canh Van Chuong, Vietnam Stove Lead, grew up in the hills of Minh Son, on the boundary of Khau Ca Forest. He manages stove builders in hamlets all around the forest.

Rebecca Goldstone and Michael Stern, Founders & Project Directors, have been working in and around Kibale since the year 2000.  For the first several years of the current project, they lived on site and developed the successful methodologies.  Now based in the US, Rebecca runs the Foundation and Michael is the Curator of Primates & Small Mammals at the Philadelphia Zoo.  They travel to Uganda 2-3 times each year to help where needed and ensure the programs continue to evolve in productive ways.

Steven T. Stern, Esq., Treasurer, is a retired attorney who now tries to paint at home in Philadelphia and on vacation around the country.

Dr. Kimberly Duffy holds a PhD in Primatology and conducted her thesis research on chimpanzees living in Kibale.  She currently is head of the science department,  IB biology teacher and college counselor at the International School of Uganda.

Sarah Thérèse Kenney is an editorial executive at a modern language publisher in Boston.

Dr. Elana Levites-Agababa is a pediatric doctor and researcher.  Dr Agababa also volunteers at health clinics for immigrant and refugee children in Philadelphia and Camden.

Mark Vibbert is a conservation specialist who spent over 15 years working in eco-tourism, development, and conservation in East Africa. He is now the Stewardship Director at Manada Conservancy, a land protection specialization organization in Pennsylvania.

Dr. Lauren Chapman is a Professor in the Biology Department at McGill University in Montreal, Canada and an Honorary Lecturer at Makerere University in Kampala, Uganda.

Avra Lorrimer is an Executive Vice President at Hill & Knowlton Strategies in London.

Matt Robinson loves technology and toys, and hopes to use and combine those loves to help save the planet, or at least make it a fun place to live.

We need your help! YOU can protect wildlife while empowering indigenous people. Donate

Have you found something on this website that you want to talk about with members of the project?  Would you like to volunteer, help fundraise, donate goods, offer your personal experiences in Kibale?

We would love to hear from you!

Send us an email at:
info.newnaturefoundation.org

Error: Error validating access token: The session has been invalidated because the user changed their password or Facebook has changed the session for security reasons.
Type: OAuthException
Code: 190
Subcode: 460
Please refer to our Error Message Reference.